Pippa started teaching in Meredale Correctional Facility (prison) commonly called ‘SunCity’ in 2014. In 2015 an NPC PBO was registered as Greenlight Foundation NPC, and she continued teaching under this banner until 2017. Since 2018 this project has been dormant.

However, Pippa is now resurrecting this project as a Sole Proprietorship called Greenlight District Project: * She is currently creating a Documentary with fellow filmmaker Boitumelo Moroka where they are tracking 5 recently released offenders. * Thereafter her intention is to produce and shoot the 28 short student films written and collected over that time from both the male and female sections.

Pippa hopes to encourage funders and prison authorities to take an interest in the on-going functioning of the program, it’s  value and the impact it can have on SA and the rest of the world … Any further information contact: pippa@iqu2film.co.za. 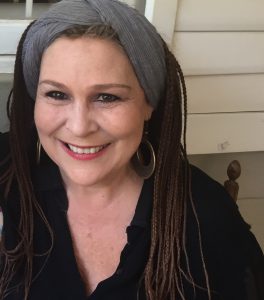 Collectively, Dyer has over 40 years experience in Performance and Media. She has been involved in the craft of storytelling in various disciplines all through her life as: writer, jazz singer, actor, and now film writing mentor. A trained A.T.C.L. teacher (Associate Teacher’s from the College of London),  1974; graduated UCT Performance Art 1976, she has been blessed with 9 different screenwriting courses (some awarded) and had 13 different screenwriting mentors. Dyer started teaching in the prison Quality Assured by the SA Department of Correctional Services from 2014-2017 inclusive in both male and female sections. During the turbulent Apartheid years, Dyer worked for the Mail and Guardian (most revolutionary English newspaper of its day), later for 10 years, became part-owner of STE Publishers producing social and political SA history, disseminating and distributing information through a newspaper called The Voice, to 250,000 union teachers. She wrote and produced Mixed Blood, and The Voice Beyond The Veil, about intercultural dualities, directing the former and performing in the latter; is Author of the Film Training Manual: Strike Up! Structure Your First Film; was a Classifier for the Film and Publications Board of SA (FPB) from 2014-2020 and is currently seeking funding to complete the Documentary: I Thought Prison Was A Silent Place. 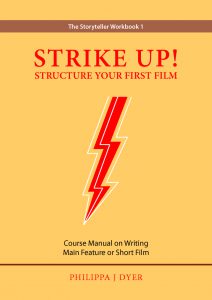 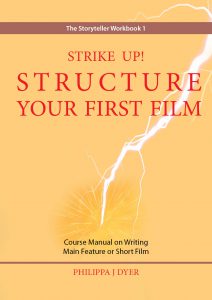 Strike Up! Structure Your First Film is a film writing manual and is the curriculum taught to the offender students. It forms Philippa J Dyer’s first self-published work (2014). The first of a 4-part series called The Storyteller. If you would like to order it, buy it for a friend, or sponsor one for an offender student if you wish? You’re welcome. It all goes to a good cause. See order link above.