Sometimes there are CELEBRATIONS

END_OF_DOCUMENT_TOKEN_TO_BE_REPLACED

THE DREAM … TO BUILD A NATION OF STORYTELLERS … NOT CRIMINALS

Prisons in SA hold our WORST FEARS, PARANOIA’s, and COVETED SECRETS. This program allows us to FACE these fears, VALUE our most undervalued, CROSS BRIDGES, LEARN from past mistakes, and HEAL OUR NATION. PERMEATING THE UNDERBELLY in this unique, supportive way we encourage offenders through the creative writing process to EVOLVE, face their past, come to terms with their future and by so doing we change lives. It has already proven that it is working – see Testimonials.

IMPOVERISHED PEOPLE see no other options available to them except crime – debilitating especially in a post Apartheid SA that has inherited the backlash of the ‘crime mentality’ of dis-empowered persons.

Most offenders have got themselves into this position because of LACK OF EMOTIONAL INTELLIGENCE in the first instance. Greenlight teaches them the tools to shift consciousness into a more productive life experience.

Incarceration does not mean the mind must be?

Instead of rotting in a cell somewhere, storytelling keeps the mind SHARP and ALIVE. Honing the mind to be focused, tuned, and poignant is a craft in itself. If a gun, a ring, or a flower appears in the first act, respectively, it has to go off, be worn, (or not) or be plucked in the third act. Nothing occurs by chance in film. All actions have consequences. Offenders are challenged to think beyond their prison cells. This is a big adjustment for most of them when they start writing from prison.

Good storytelling demands balanced emotional intelligence. Students must unpack characters choices allowing them time to reflect on their own decisions in a non-pressurized way.

Greenlight stretches students beyond their limits by using global film writing terms. (Robert McKee, Christopher Vogler amongst others). See www.iqu2film.co.za. Good Writing Structure is Non-negotiable. It can prepare them for a profession after prison. That would be the prize!

By reflecting on the past through story, offenders can work through their own pain, loss, angst, trauma and chaos, in a uniquely crafted storytelling process allowing them to ‘shift their stuff’, to grow … in a calm, non-pressurized way. It gives students purpose and keeps their spirit alive.

HOW DOES GREENLIGHT TRANSFORM LIVES? 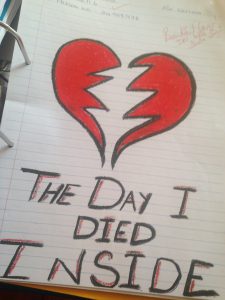 Greenlight Develops Two Teaching Techniques
1) MEMORY PROMPTING: Very challenging for film writing students as most of them have forgotten what the world looks like outside prison. So we teach through memory prompts, picture associations, and creative essays to rewire the brain to remember details.
2) IMAGINATION ACCELERATION: Word association, mind games, puzzle problem solving, legal case studies, watching and analyzing films, raises the students connection to new, fresh, different, interesting or challenging ideas, create new neural pathways and opens the possibilities of their creative characters to make other life-choices. This cognitively impacts on themselves to learn different outcomes for their own lives in a subtle but powerful way.

Writing is a SOUL JOURNEY, a LIFE JOURNEY towards SELF-ACTUALIZATION … Greenlight never asks the offender what they have done? Some of them have very long sentences, so one knows … Working in a creative space means that we must trust the integrity of spiritual energy. We have to believe in second chances, the power of the universal human spirit to change. TOGETHER, WE BELIEVE, WE CAN CHANGE THEIR CIRCUMSTANCES, ENVIRONMENT AND THE WORLD.

SHIFT THEIR STUFF – SHIFT OUR STUFF

WE CAN EVOLVE INTO A NATION OF STORYTELLERS AND HEAL OUR COUNTRY, IF NOT THE WORLD:

ISN’T THAT A NICE DREAM? TO RAISE A NATION OF STORYTELLERS – NOT CRIMINALS!

SA HAS THE HIGHEST OFFENDER POPULATION IN THE WORLD!! % PER CAPITA SA OUTRANKS COUNTRIES WITH UP TO 5 x THE POPULATION! (Mexico 129-mil, USA 325-mil, China 1,3-billion)

HOW CAN YOU HELP?

PEOPLE WRITE BOOKS FROM PRISON … WHY NOT FILM?

Greenlight can be a conduit for enormous change in SA or even the rest of the world.

Thank you, we are grateful you visited our world!