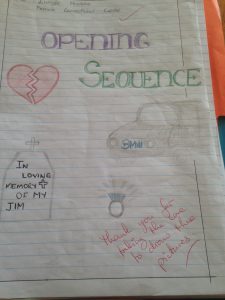 2017 would mark the last year that I worked in the prison to date. Once work in the female section from 2016 had been written and devised, I struggled to get a Graduation date for my students. It eventually occurred in May of that year. They would not allow me to bring in my own camera-person so I was allocated a prison photographer. And for two years subsequently, just cannot get these pictures out of the authorities. So from June – September I wanted to prepare the women for an actual shoot. One of the prison authorities had told me that I might be able to get permissions for my offenders to participate in the shoot of their material (which was always the plan) so that they could watch the proceedings and it would be considered a WORK PAROLE. There are all sorts of protocols and hoops that would have to be jumped through, but I was excited and encouraged by that idea, because if and when they are released – and they will be released one day – then it would give them some experience on which to grow having had some ‘on-set’ experience. 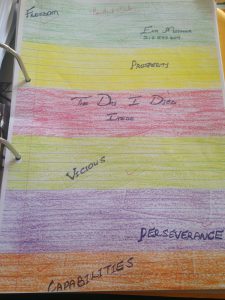 There were no certificates for this module, but I worked out a way of them doing the Breakdowns for their own scripts. So in other words we noted props, sets, costumes, actors, (and or animals) and then they were tasked with allocating a financial figure to each one. So it really was the beginning of their Production experience.

It was an experiment and they were excited by that experience and so was I. Unfortunately, the experience of the shoot has never occurred but the possibility is still strong.

I now have a Budget for the FESTIVAL OF WORKS and am in the process through this website of trying to raise funds for this project. See Donate page.

The Festival of Offender Works consists of 28 short films that I have collected over a period of time, from about 5-10 minutes long, for which I am raising funds in order to shoot their productions then have a show-case display both inside and outside of the prison walls.

Once we have a product it will be much easier to sell the program into the market-place and have consistent funds year on year to continue the project and to employ more staff and generally make it swing. The history of this pilot project, has already established that there is a real demand for this work inside the prison walls, in both the male and female sections. 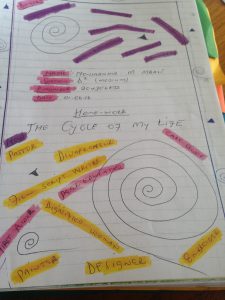 Some of my offender students have already been released and lo and behold! They say this program has changed their lives! My one student is already in his second year at a leading film college in South Africa.

So I hope by reading these inspirational stories below that you will feel inspired and encouraged to support this remarkable program.

Please tell your friends about it – and please encourage anyone whom you think may have the funds or resources to contribute to this program. Find us on the Donate Page here, or contact the office.

Sending writing blessings, love and here’s to building a nation-full of storytellers as opposed to criminals in this country.

GRADUATION CLASS OF 2016 – (Female Section) THE TORCH OF TENACITY 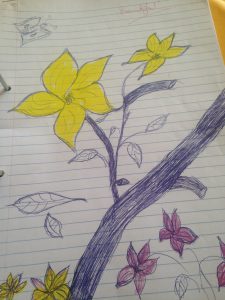 In 2015, and some of 2016, some gangster troubles in the Male section (not my guys), the pressure of the environment was beginning to get to me. I had been going there religiously every week for three years by now. Emotionally and psychologically there is something emotionally draining about being there, teaching there. I was taking it on. I had to learn the lesson to teach, without absorbing the students energy. It was consuming my days and making me sleepless at night. I worried about my students and absorbing too much of their pain and stress.

I had been wanting to bridge into teaching in the women’s section for a long time. As the men even told me, the women have very little on their side, and certainly not mind-bending creative arts like film writing. (They were more likely to get hair-dressing, or beauty courses). This inspired me and I wanted to contribute to the women. 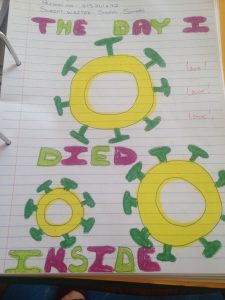 During 2016 I taught at both the men and the women several times a week. But about half the way through the year, I made a decision to only teach on the female side that year.

And the female section was Grrrrrreat! A totally different experience from the men. Actually, clinically speaking, the men wrote more creative work, because they hold their emotions close to their chests. But the women need to talk. They don’t seem to have any problem sharing their emotional side so their stories were often personal stories. 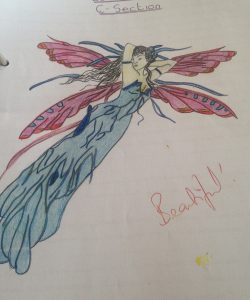 Imagine this … Consider yourselves walking down a long murky, concrete corridor in the middle of winter, where the cold damp seeps into your bones, so chilling that the mere attempt of colourful butterflies, plump ‘botticelli’ ladies sitting at tables and green-painted foliage, drawn on these dank walls by people with an urgent need to overcome adversity, jump out at you as expressions of cheerful life outside the prison walls.

Then consider walking into a classroom of chatty women where the cameraderie is grumbles of daily life, or poignant collaboration of each other’s pain of heartfelt circumstances. Like treasures shared amongst only those who dare to see or hear, I was fortunate enough to be one of those lucky people and have been humbled by the experience.

Their need to overcome isolation with a hunger to learn and transform is palpable. My meager offering felt like a blessing that came back to me ten-fold as a shower of gratitude for the work that I am doing here. 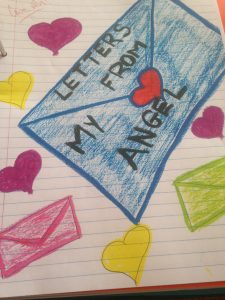 In their stories they are free. They dare to travel to places that before now have been hidden, even from themselves. By so doing they come to terms with their incarceration by breathing into their souls and finding new life with stifled voices that until now they have not dared to access.

When I started this project in 2014, I had recently lost my job at a leading Film College in Johannesburg, SA. Wracking my brains to find a world in which I could continue researching and gathering material for my film I was writing at the time on prison gangs (started in 2009) I wanted to become a teacher like the great film-writing mentors who had taught and inspired me. I wanted to change people’s lives – it worked. (See testimonials).

It took one year of teaching ‘blind’ negotiating for the right contacts and contracts, without any real background or understanding of the prison circumstances in 2014 and in 2015 Greenlight Foundation NPC (GF) was born. Quality Assured by DCS (Department of Correctional Services) annually ever since, I have been teaching both male and female sections. And although there are differences in both sections, there was something essentially creative, home-bearing, encouraging and inspirational about teaching in the female section. 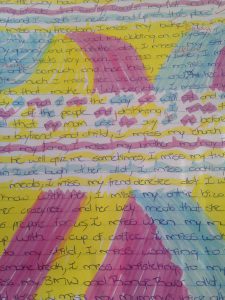 In the male section, there were concrete walls and no pictures on the large, blank concrete wall spaces, there was an annual combined large gathering graduation of all the courses that had occurred within the previous year, accompanied by pictures to prove the event had taken place.

With the women, there were hand drawn pictures down the corridors, but no such graduation. So they organized (at their own meager expense, from their canteen that opens once a month in their section) a room, food from their canteen, all laid out with little white lace table cloths, a choir to sing, and they had placed seating, chairs for the guests and for the graduates, arranged in harmonious patterns honoring each section. A podium at which I should speak and we had our graduation along with medals, cups and a quasi-Oscar for the best script. It was a joyful occasion and I think a memorable one for the 12 people that I was allowed to bring inside the prison with me to witness this special passage of rites. 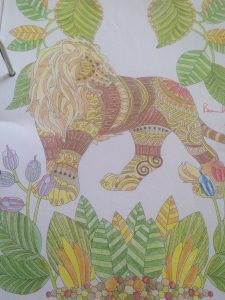 I was not allowed to bring in a camera, so they issued their own offender warden to do the honors, but for the life of me – now three years later – and I STILL cannot get copies of their graduation pictures. This has been a cause of great sadness to me.

Another difference that I noticed in my time teaching there, was that I came into contact with many more cases of violence against their husbands or partners – largely for abuse purposes. This says something extraordinarily painful about our environment that the only choice they felt open to them was to do physical damage to their partner, as opposed to leaving them, or getting a divorce, or reporting them to the local police? So our social system really needs to step in and do far more work with women in South Africa, in general. 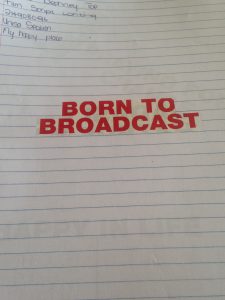 That aside, I found loving, generous, vibrant, talkative, aberrant, expressive, souls there. So because they are protected by the authorities and I cannot get pictures out of them, I do have pictures of some of the WORK that they did for me. Their title sheets.

I love looking at these sheets. I find them so joyful. I hope you do too.

So here’s celebrating my remarkable Class of 2016!